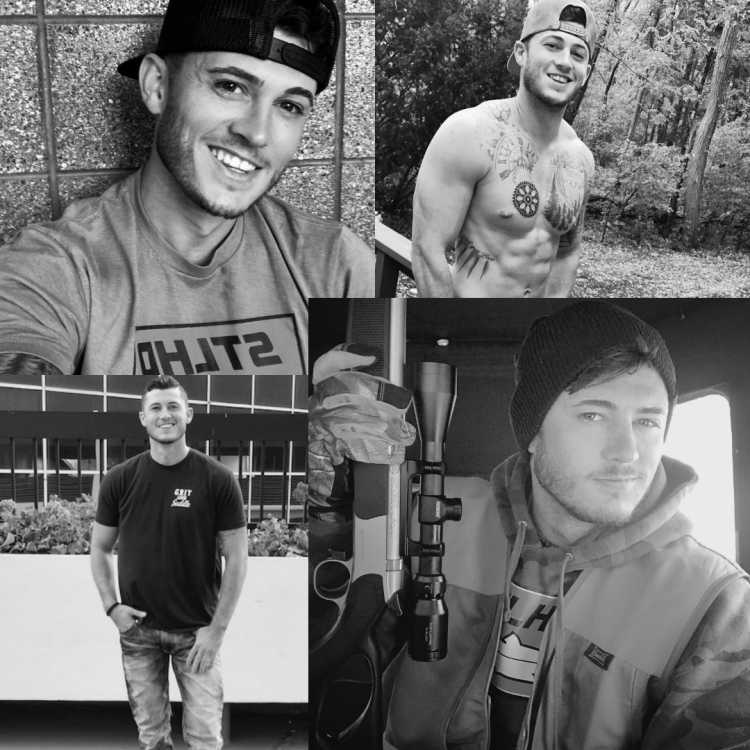 I’d rather the other 2 girls, but I’m going to keep an open mind about him. There’s no point in me getting upset over him... until I have a reason to be.

Wish I could say I’m surprised

If it ain't yet another Abercrombie model, boy band head*** mf'er or yet another mentally 12-year old good ol' frat boy who's idea of "just having fun" is childish pranks, suspect comments/jokes & general unfunny "humor"; it's yet another deer-hunting, camo-wearing, tobacky-chewing good ol' NECK!

You bet your *** that 99% of the time they lean towards the Conservative side of things (It's **** both sides for me but of course I'm aware enough to peep the differences/demos of the people who lean towards either side). Gotta love MTV & their obvious targeted demographic despite promoting themselves as THE most "liberal, for the people" network.

damn sad hes 28. I love the dymanics of like actual 20-23 year olds in the house bc they have roommate issues just bc like they still havent had that many roommates you feel? like those were the best dynamics bc they havent been exposed to a ton of the real world yet. i guess he could be a v immature 28 year old tho

28 is a little old for RW imo. I feel like a huge point of the show was that they're supposed to be very young adults figuring out their careers, who they are, etc. 18-25 range fresh out of school and entering the world, but whatever I guess.

28 is a little old for RW imo. I feel like a huge point of the show was that they're supposed to be very young adults figuring out their careers, who they are, etc. 18-25 range fresh out of school and entering the world, but whatever I guess.

Not to defend him since he's likely had life handed to him on a silver platter & never really had to struggle at any point, BUT the way this world works nowadays you can be damn near 40 & still clueless on what you want out of life. I see & work with so many smh

And we really gonna go after 100K+ Instagram thots? Gee, wonder what his story is and what he's hoping to gain out of this show.. zzzzzz

Being a.28 year old gets a minor sideye from me but I can still understand someone that age being on the show but someone 30+ is going towards embarrassment territory like I hope to be in my career instead of acting a fool on some show on Facebook. The exception to the rule is if this is truly going to be like the old format and focusing on real isssues instead of drunken fights and hookups.

Big Brother production must have dropped him off at MTV doorsteps. I NEED to see the rest of this cast because if he’s any indicator of what to expect then they can cancel this shit right now.

He was contacted for Love Island for CBS

Eh. I don't care about his age. I just hope he's useful.

He's got a nice body at least.

He was contacted for Love Island for CBS

So why tf didn't they take him? Already ******* up; taking the scraps nobody else wants smmfh

Guys let’s be positive. We don’t know anything about him yet, and he could potentially be someone good. However, I think the big problem is the way he got on. If you’re like me, you probably don’t care for the fact that he’s on the cast, just the way he got on it. That’s my  problem with him being on the cast.

He's cute but the other girls really deserved his spot