Pause....People other than me likes Tony? Wow.

I've enjoyed watching flop Tony, but I would instantly root for him if he sides with the Young Bucks. If that conversation with Devin at the reunion was any indication, I think we're seeing him change his tune finally on Vendettas.

Pause....People other than me likes Tony? Wow.

I've always liked Tony lol He's a huge mess but it's entertaining and when he's sober he actually seems like a good guy.

Great way to put it. He seems like a super, nice guy when he isn't a drunken mess. He has shit to work on but I don't think he is a horrible person.

A lot of women seem to think so too. 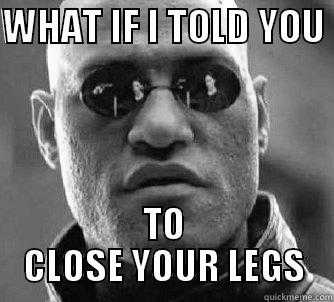 Lmaoooooo @ his whole rivalry with Brad in general. Battle of who can out "hot mess" the other?

My opinion on Tony changes every 30 seconds lmao.

Why is he not in any of the cast pictures lmao

Waiting to see my Trashy King back in action <3.

Lol where was he in that premier?

Did production gave up on him ? Because he used to be their new minion... they are putting all the efforts solely on Cory now. I wonder what happened...

Did production gave up on him ? Because he used to be their new minion... they are putting all the efforts solely on Cory now. I wonder what happened...

He is playing a quiet game, some people unlike Cory change their game play

Based on what some of the cast is saying he’s the same as he always was. I’m assuming He’s not a priority any longer.  He’s never gonna win and he didn’t build this epic rivalry

Supposedly only Joss and Victor were 100% loyal to their partners while out there but a lot of stuff happened when cameras weren’t present or on their off day. Jem has a burn book of all the hook ups that happened that we won’t see.

King was one of the three chose by the Trioka but he didn't go into elimination. King <3.

I love Tony. Rooting for him. But I'm not gonna let the editing fool me again with him. Every other season is the same thing with him. ***** up one season then next season is a changed man. It's old and his story is dry now. He's Dario now. He won't be on much longer at this point. They are gonna have to give him a partner or something to bring something new to the table with him in the future. Also Cory plays a loud game but his game is the most talked about. Whether for good or bad Cory is a new age staple.

I'm roooting for Tony this season. Don't @ me

Enjoying him for some reason. His social game has improved as seen at the inquisition.

Rooting for him this season. I believe he's learned from his past of following Bananas.

Tony have learned from gis mistakes game wise , while Cory stay getting worse.

Tony have learned from his mistakes game wise , while Cory stay getting worse.