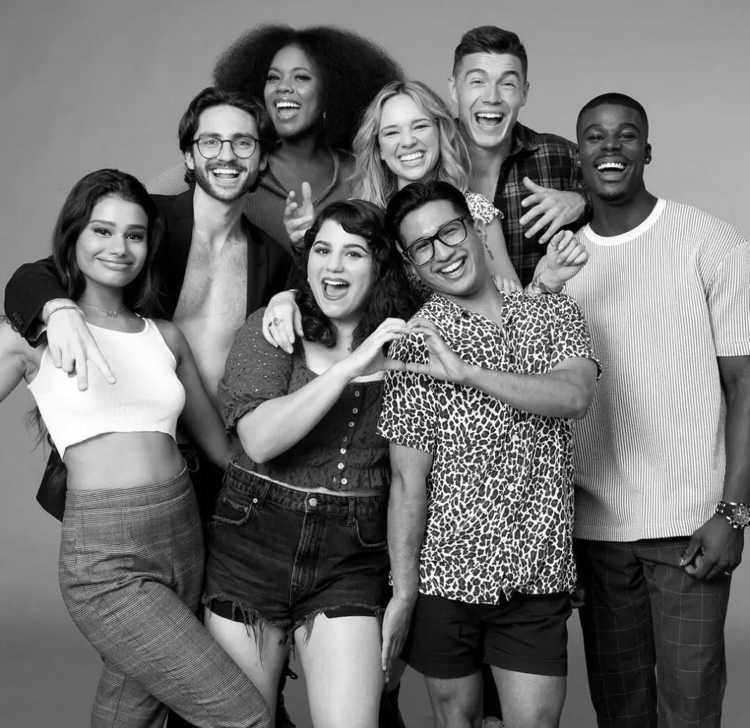 An exclusive first teaser for Netflix's new docuseries, Roaring Twenties, shows eight 20-somethings, who are complete strangers, moving into one house in Austin, Texas. But, before you push fast forward and think this is just another hook-up reality show, hit pause on that remote.

These young adults are here with the "goal of stepping out of their comfort zone," says 25-year-old housemate Abbey. Collectively they have come together to find success in life and love, while learning to navigate the "new normal" of 2020s America.

25-year-old IT tech Raquel even shares, "This experience is about to help me grow my wings." The growing pains in a modern pandemic landscape are not always bearable, but the good vibes in the new footage below have us rooting for Abby, Raquel and the rest of the housemates, which include Bruce, an insurance salesman; Natalie, who is job hunting like Abbey; Kamari, a model; Keauno, a residence coordinator; Isha, a fashion designer and Michael, an aspiring comedian.

During this journey, the Roaring Twenties gang learn to lean on each other, especially amid the highs and lows of being 20ish in the '20s. Case in point: Keauno hilariously admits in the first look that he can only poop in a gas station bathroom. For his sake, we hope he overcame that over the course of the series.

Experience the growing pains of becoming a modern world adult in this exclusive peek at Netflix's reality show, Roaring Twenties, which premieres Dec. 10.

Don't they have to buy the rights to take RW? Doing this is probably cheaper 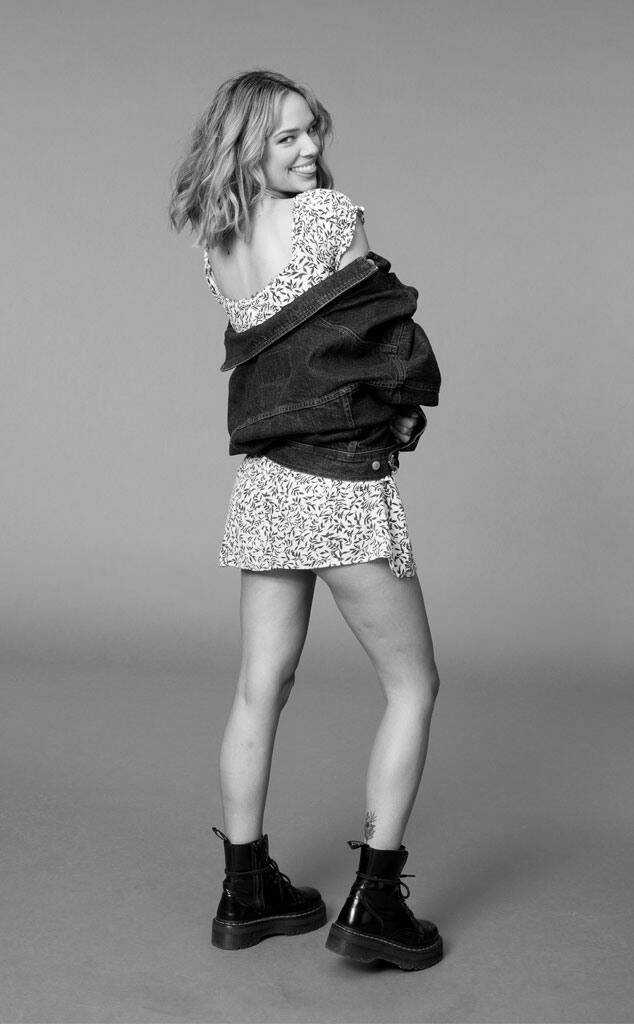 Abbey is ready for a major shake up. When she was 20, she married her high-school sweetheart, and at 25, she's just coming out of a divorce..and exploring her bisexuality. She doesn't want anything serious, but has a hard time not catching feelings when she likes someone. She has no idea who she is or what she wants to do with her life, but she knows she's ready to shed the "handcuffs" of her marriage and conservative upbringing and get into some trouble in Austin! 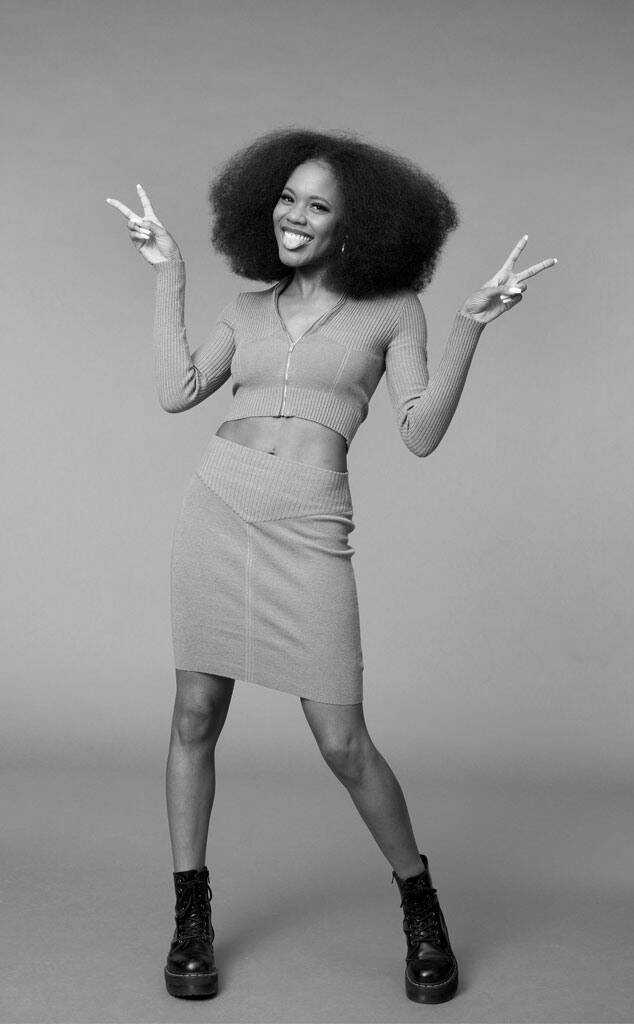 Raquel is driven, motivated, and one of few black women who works in IT. She wants to immerse herself in the thriving tech scene in Austin in hopes to make connections to grow the success of the startup she works for. She loves old-fashioneds, playing the stock market and roller skating, but you'll never catch her barefoot unless she's in the pool - she has a phobia of her uncovered feet touching the ground! 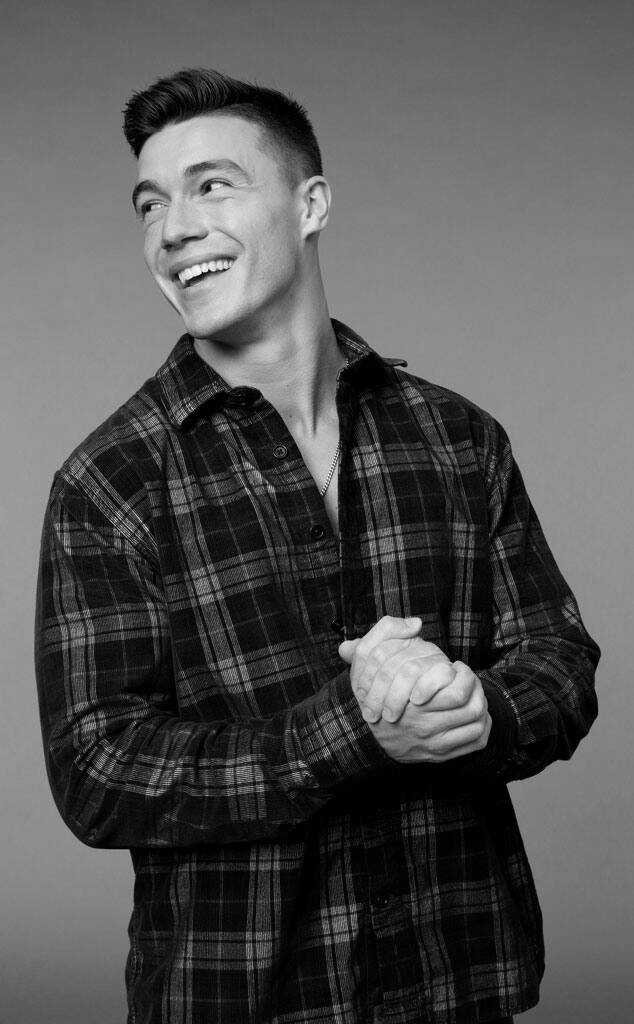 Bruce's winning smile makes hearts melt. He loves baseball and dreams of a career working with a professional sports team. It's always a party when Bruce is around - he lives by the motto "LET'S GOOO!" Bruce is hoping to find the girl of his dreams in Austin and start a serious relationship. He's a good corn-fed, responsible guy who respects women and loves ice cream...maybe a little too much. 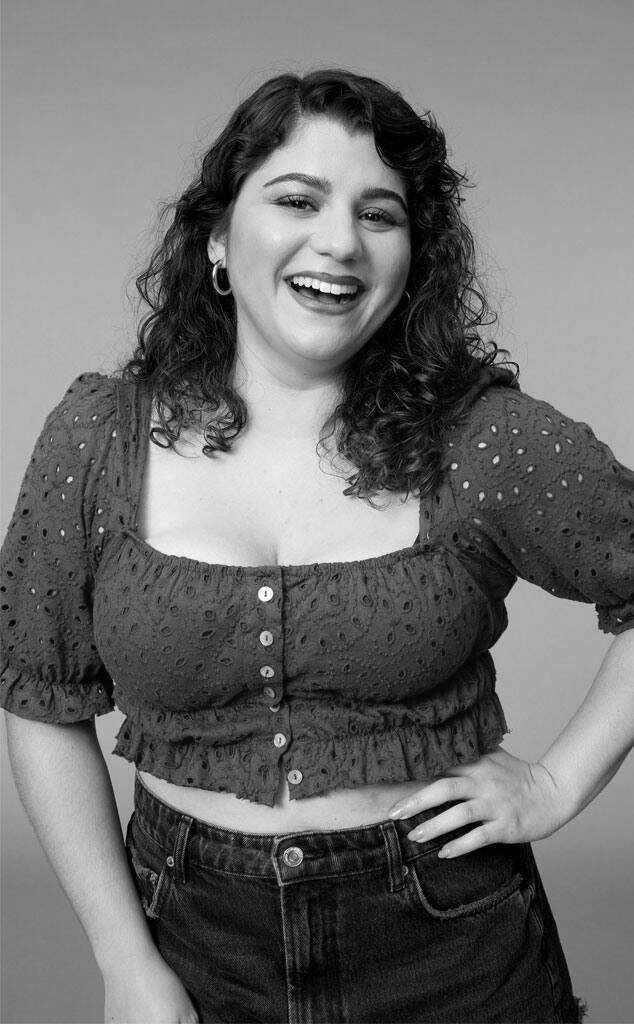 Natalie has never had a boyfriend. She grew up in a strict Latin household with cameras inside the house monitoring her every move, and her dad wouldn't even allow her to hug boys unless she covered her chest! She is boldly extroverted yet adorably charming, and is making it her mission to do whatever it takes to get herself boo'd up in Austin, one awkward first date at a time! 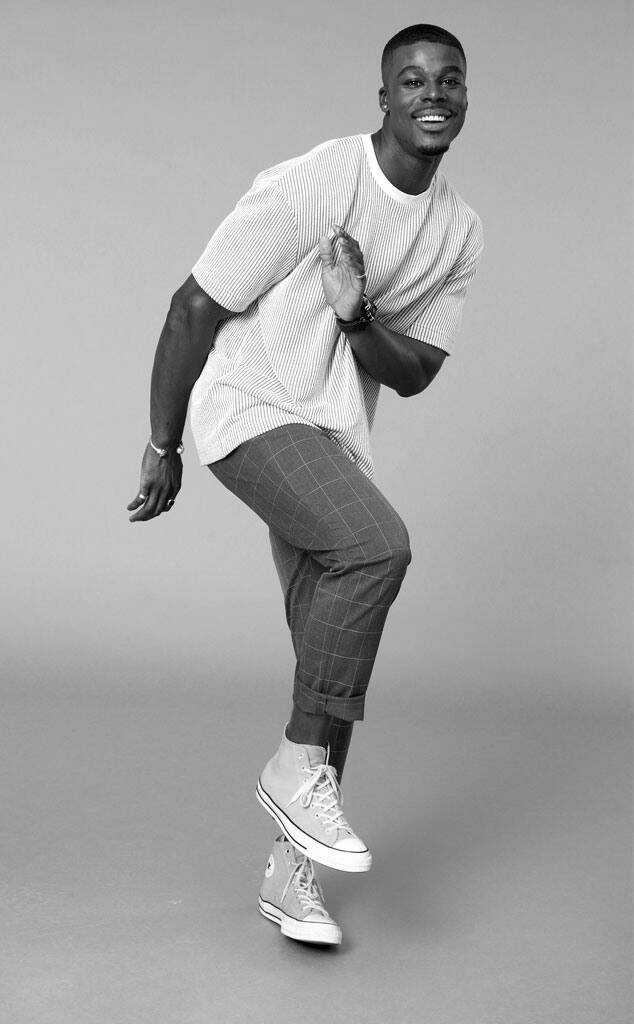 Kamari has many passions. While currently making money as a male model, he's got several entrepreneurial ideas in the works but can't seem to focus on any of them! He loves Southern accents and hopes to find a fiery Texan woman to settle down with...eventually. For the next few months in Austin, he wants to play the field, hit the gym, and manifest his destiny...whatever it may be. 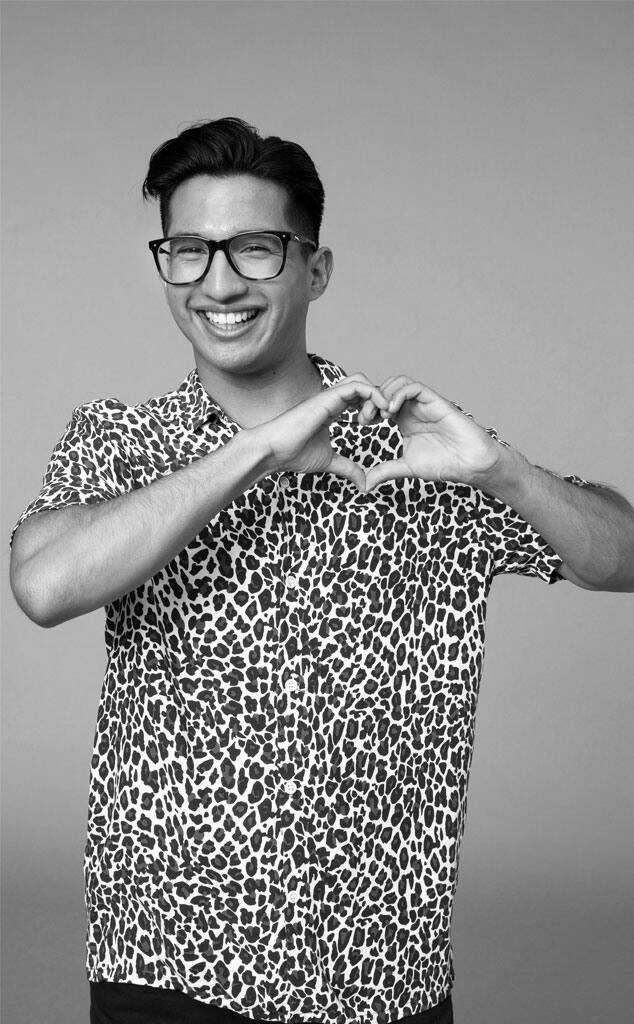 Keauno is like a puppy everyone immediately falls in love with - but he's never been kissed! He is a first-generation American and the first in his family to graduate from college. At age 25, Keauno came out as gay after struggling to acccept himself his whole life due to his conservative surroundings and Catholic upbringing. Keauno is leaving Arkansas behind as he hopes to find his 'gay sensei' in the very LGBTQ+-friendly community in Austin, and maybe a boyfriend to boot! 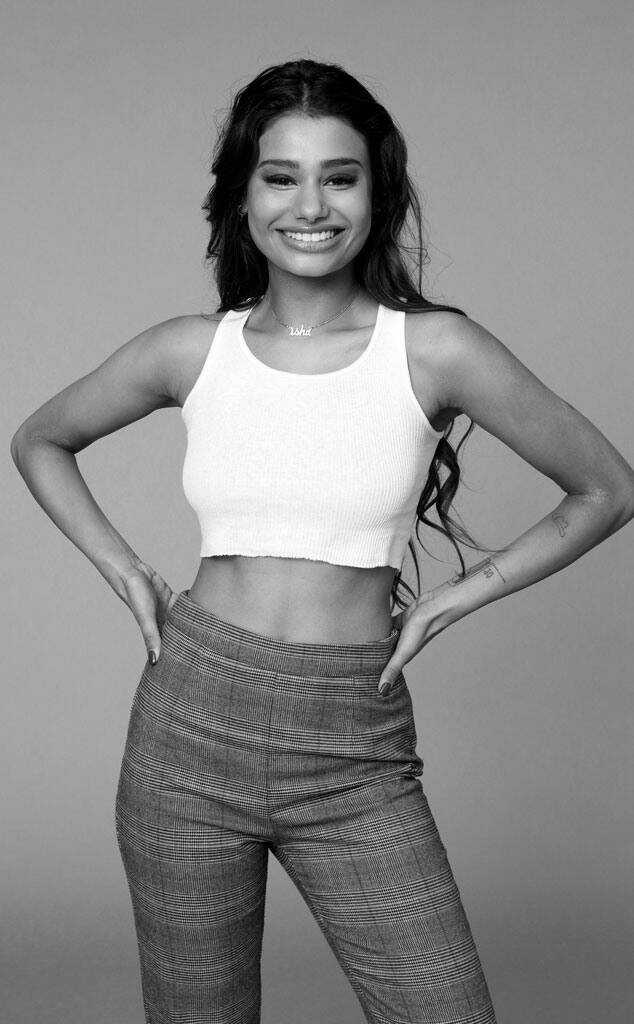 One might never peg Isha, a self-proclaimed 'educated ditz' who until recently thought Miami was in Maine rather than Florida ("they both start with 'M's!"), as a graduate of UC Berkeley's economics program. Isha is clumsy, gullible, and forgetful, but she knows it, and owns it. After struggling with depression, she realized she needed to follow her passion, and started designing clothes. She now dreams of launching her fashion line, Hut Mentality, and getting her artisanal pieces picked up by a retail boutique in Austin. 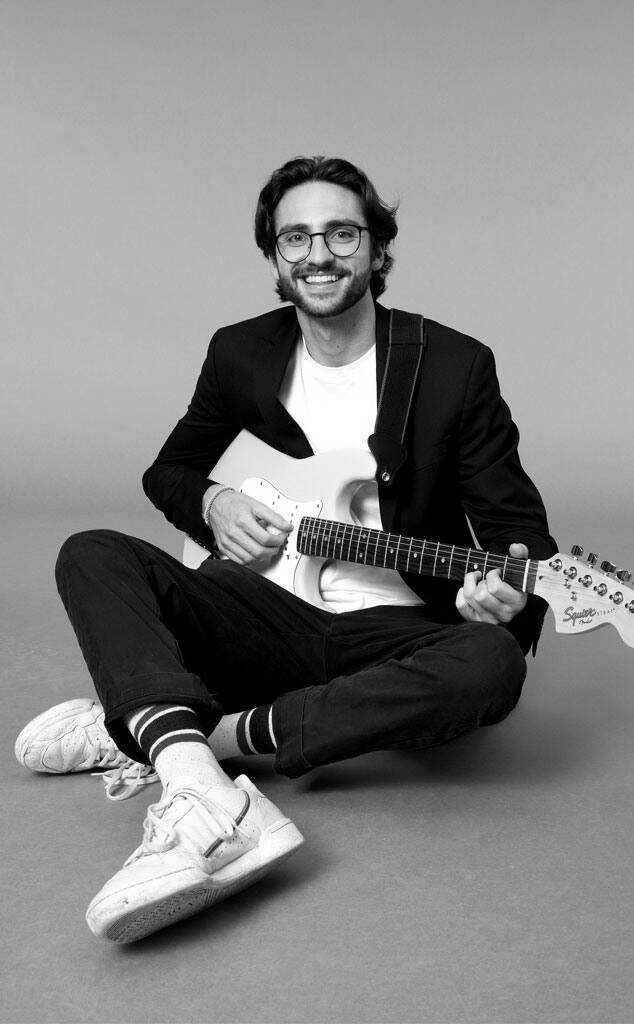 Michael recently chucked life in LA and moved to Austin to pursue stand-up comedy…with absolutely zero training or experience. Unafraid to bomb night after night, he's chasing this dream wherever it takes him, even if it's to a place of failure and being forced to give it up and make a change. Michael desperately wants to find a girlfriend. He's attracted to ‘weirdos,' which makes Austin the perfect place to pursue his goals!

the fact that nobody is typecasted is already better than the dated Real World format. and i unlike MTV people actually watch Netflix shows so this should get traction

I might check it out, it is basically real world so should be up my alley as long as the cast turns out decent

Well it was a teaser but yes it needed something to grab your attention. Lol

Isha looks like a combo of Jessica Graf(Big Brother) and Portland Jessica.

They're all butt ugly and waste of space. Dumb show useless cast

Don't be. It's zzzz from the trailer alone. No drama the focus is on adjusting to life in Austin and achieving your goals/dream career. View it like a documentary instead.

I'll give it a try

I will not give it a try

Ehhhh i might try episode one and go from there

That cast looks like they in their 30's.... why they all look so much older than their ages lol