I’m watching it cause lawdddt the guys can get it. 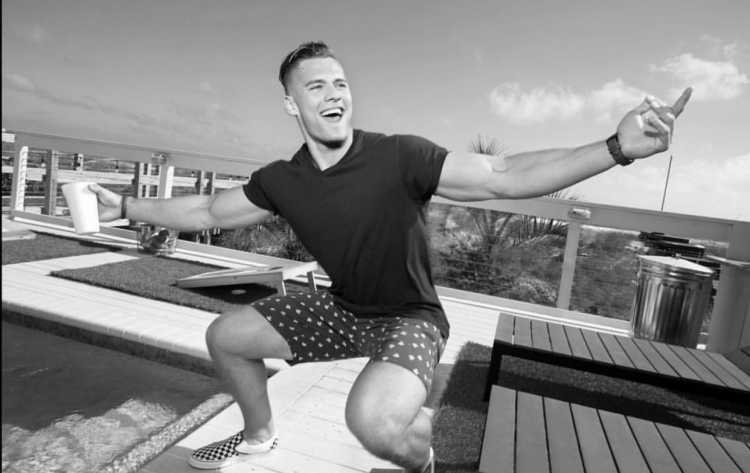 Wow this has such big shoes too fill, if they don’t deliver the correct amount of Trash it’s over

This is The Real World: Florabama lol

once in a life time reality tv, because the cast were just so extra every episode was good tv

the location for this is good tho but much like Jersey Shore cast being THE MOST Jersey they could find, this show needs premium southern trash

i hope they deliver

I will say that Candice girl is pretty beautiful

They should have dropped the shore part because this cast already doesn't give off Jersey Shore vibes they look to polish and not trashy.

This would have been PERFECT during Jersey Shores peak, but MTV 2017? Flop material.

They should have dropped the shore part because this cast already doesn't give off Jersey Shore vibes they look to polish and not trashy.

Honestly, now they are just brought the comparison and people are not going to think it measures up

This name gotta go though

-Codi is a true southern gentleman who is more than a little ready to leave his bartending job at "an old people's bar" back in South Carolina, for a wild summer in Panama City Beach. But with all that experience listening to other people's problems, Codi is quick to insert himself in the other roommates' conflicts. Both caretaker and pot stirrer, Codi is a straight up good old southern soul who, at the end of the day, has the power to bring the house together.

- Gus is a southern charmer who prides himself on being respectful to everyone, especially women. So it's particularly devastating to him when he gets caught up in the battle between the guys and the girls. Kicked out of his house when he was 17, Gus had to grow up fast and is ready to party it up this summer. But don't get him wrong. What Gus wants more than anything is to find the right woman and wife up. And soon.

-Jeremiah: With Clark Kent good looks and a Superman physique, it's no wonder Kortni and Nilsa break into their happy dance when Jeremiah walks through the door. But when he brings a new girl home, all hell breaks loose, igniting an all out battle between the guys and the girls. Smart, confident and opinionated, Jeremiah is here to tell you that home-schooled does not equal socially awkward.

-Kirk is a Panama City Beach local by way of Atlanta, and with his wild beach hair and a smile that lights up a room, he's fully embracing the beach lifestyle. Kirk values family above all else, and this summer, on more than one occasion, he finds himself defending his new "family" in a bar brawl. He's particularly close to Gus, with whom he shares a similar past.

- Kortni is a Panama City Beach local who can't wait to show her new roommates how to party in HER town. But the roommates are about to learn that people don't call her Krazy Kortni for nothing. She's never lived away from home, never had to take care of herself, and never had a job she didn't get fired from. Kortni is going to bring the party for sure...if she makes it past night one.

- Like Kortni, Nilsa is a PCB local and looking forward to experiencing life on "the other side" of the city for once - in a house on the beach with seven other people ready to let loose and party hard. At twenty-three, Nilsa has already been married. And divorced. She's anxious to sow some wild oats this summer, but quickly finds herself in the middle of a "love square" with three other roommates. Safe to say Nilsa is going to be at the center of whatever is blowing up in he house.

-Aimee comes to Panama City Beach from Perdido, Alabama, ready to leave the past behind. On and off with the same guy for 10 years, she finally had to draw the line when he got another girl pregnant. But nothing can dim the spark of this self-described Princess Goddess Mermaid. NOT afraid to say what's on her mind, she keeps the whole house in line with her down home wisdom mixed with a little potty mouth.

- Candace brings the southern belle to PCB with her big hair, perfectly applied make-up and Instagram - ready outfits. But growing up in Memphis, she saw more gun violence than she cares to remember, so for her, this summer is all about being care-free. Her quick wit and no-nonsense demeanor make her a voice of reason in the house, and she happily takes wild child Kortni under her wing.

So Candace is boring? ZzZzZzz

”if she makes it past night one”

lmaooo bitch is a LEGEND

Their bios got me excited.

.....I’m kinda excited but I literally despise the name. I have secondhand embarrassment just from the name alone. I never want to admit that I’m gonna be watching this show

I hate these names,  kortni really

I hate these names,  kortni really