The Challenge: What The Cast Is Saying On Social Media

That makes me miss Daddy Dustin and Trey

What's that one series of commercials? That's always talking about cigarette smoke? Lol

Nany doesn’t look bad at all today, still pretty. She was just crazy young on BotS and looks like a 20 year old.

That makes me miss Daddy Dustin

I like her look now but that video of her is a different person.

Aw I miss Dustin especially when he's with Nany.

Oop, StinkRose paulie coming for you

Lmaoooo he has lost it

Yea Paulie def lost it. I tapped through his stories to see what else he posted and he has jam on his grilled cheese?!? Def a psychopath. First Gio, now Paulie. These crazy cast members are soooooo pressed by Queen Pink lol

Aw I miss Dustin especially when he's with Nany.

I actually miss Dustin as well. He and Nany's friendship was adorable to me and I liked watching the brother/sister relationship they had.

Paulie really is a loser. lmao

PR gon head and put in your restraining order!

It's actually a really dumb move to try to out the spoiler team or fan pages considering a lot of the spoilers come from them and y'all know they're are always receipts.

And now he is trying to fight Marlon.

I got a hunch he's about to burn the last few bridges.

He can't really thinking threatening people on the internet to come out and fight is a good thing can he?

He is trying to do a scheduled fight with anyone who will fight him to try and make money. He already tried to get Ashley Cain but the date was already full

Can somebody add stakes that if he loses he delates social media?

Can somebody add stakes that if he loses he delates social media?

We can only hope 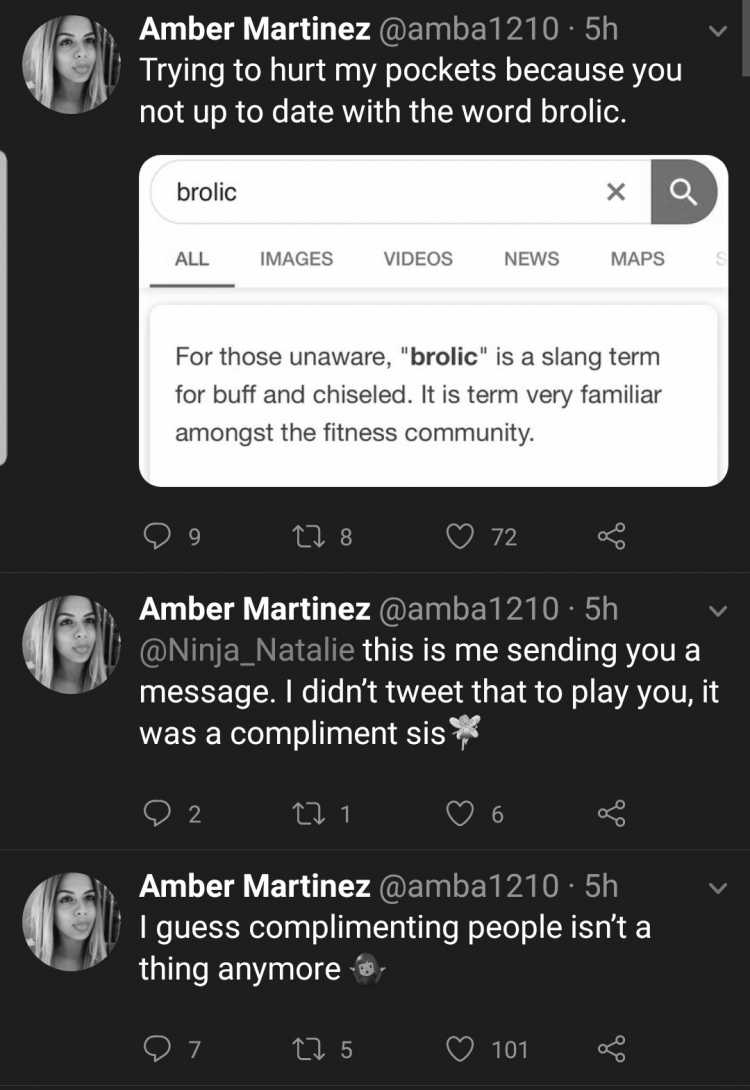 Lmao Ive never heard of brolic either. Anyways thats an L from Ninja

People are so quick to be offended lol

I'm not American, never ever lived or being there and I heard that word before. #Tragic

Sheeeeeesh, she should've google'd it before jumping to a defense. What a herb.

People are so quick to be offended lol