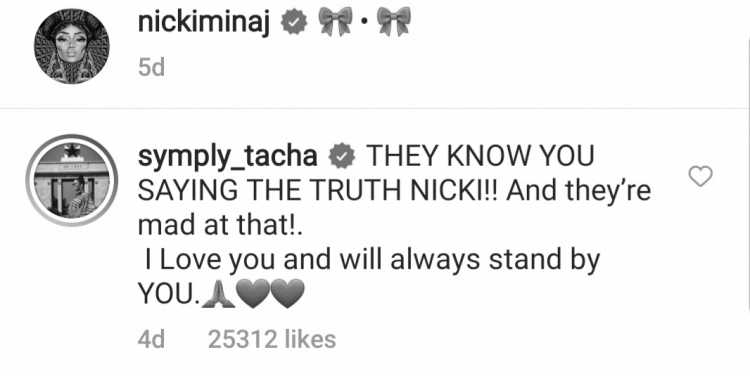 How many Titans will this influence? They remind me of the Barbs.

Even if she was vaccinated she doesn't need to be at the reunion boring ass fuck even her "going off" at Tori was a let down.

Even if she was vaccinated she doesn't need to be at the reunion boring *** **** even her "going off" at Tori was a let down.

I doubt she would have been called to be there anyway. Not there long enough.

Did she just buy a bunch of followers? She is at 2.4 mil when I swear she was at like 1.7 or 1.9 when the cast was announced

How many likes do her posts get on average? If the ratio has a big gap its clear a lot of bought or dead followers who dont follow her content anymore.

I just checked a bunch of posts have 100k-200k max likes and she has 2.4 million followers... I mean its ok but I wouldnt call that good engagement as that means over 2 million of her followers dont care.

Is her podcast with Derrick any good?

Nicki isn't even anti vax she just doesn't want to get it yet. She literally said she'll get it at some point when shes comfortable, but until then she'll be wearing her mask.

That's not the point. She should keep it on mute and not say anything if she has her own preconceived ideas or doubts about vaccines. It's dangerous to spread doubt about FDA approved vaccines and saying she needs to do "more research" (as if her dumb ass knows the first thing about science) when she's influencing a large group of young impressionable people