whitney still posting for Ashley.  Ashley made it through Tuesday's elimination.

I can't imagine being so desperate to discredit an important character for the show at any opportunity. The obsession is through the roof. He's clearly living in your head without paying rent.

Yes it is. It proves you can't fully apply rational thinking when your clouded by hate. You've been a fan for how long and you still don't understand this?

I'm so good at destroying you whenever you make a silly remark about Devin.

May get banned for this but you're annoying me so. Devin is an untalented, annoying, disgusting freak of a human and is not good at the game socially, or physically. He has won 4 eliminations, 2 of which were rigged, the other two not being that impressive in his 5/6 failed attempts at winning the game. He is awful at finals and is not as good as you say he his. He has no one pressed, you just look delusional and weird when you mention him in a positive way. He sucks.

You thought you did something?

1. Everyone on Earth has a talent or multiple talents. So calling him untalented is very inaccurate.

2. Devin is not annoying, he's actually one of the funniest cast members on the show. If you don't see that then you have no sense of humour.

3. Devin is nowhere near disgusting. He's one of the more decent human beings on the show. When Cheyenne was holding him back in the Rivals 3 final, and saying she wants to take a shit, Devin stood by her and was willing to shit with her. That's one of the sweetest things ever.

4. He is good at the game socially, that's why he's made it this deep, and that's why he made it deep on DA despite having his back against the wall pretty much the entire time. If you can't see this then you're blinded by hatred.

5. He is good at the game physically which is why he had a good scrap with Wes on champs vs stars 3 and why he demolished Wes on DA. This is also why he finished 9th place overall in the mini final challenge on Vendettas beating Tony, Bananas, Eddie, Rogan, Kyle, Victor and Brad. All of these guys were in better shape than him and yet he still beat them.

6. None of his eliminations were rigged. FR had terrible rules that season. Listen to this podcast  https://youtu.be/b2W-ufnVYw0 from 45: 20 to 48: 46. He beat Johnny who's also good at puzzles, and as I said previously he demolished Wes: the king of eliminations in a physical elimination where he talked trash to everyone for 20 minutes straight. If that's not epic then I don't know what is.

7. He barely knew anything about The Challenge prior to Rivals 3 but he was still able to finish the final. Now he trains for the shows so he has a good shot in a final.

8. He is as good as I say, his mental manipulation is unmatched, his wit is in a different tier. From picking Tori to infiltrate the majority alliance for protection, to coming up with a diabolical move of sabotaging her when he saw the target on her was growing, noone is doing it like Devin.

9. He obviously has a lot of you pressed which is why its difficult for you guys to come up with a logical argument.

10. You should be the last person calling me delusional when you act like Amber Backstabber is the greatest thing to ever happen to The Challenge when in all reality she's just the new Jenna.

11. Devin rocks and is here to stay. The same thing can't be said for Amber.

And you're probably a part of the problem that user was referring to.

Hey can you defend Nany like that as well?

Devin is the GOAT.

Right like the nerve of her turning on people she's known for a month, what a monster.

I must have missed these "Devin will be out next" comments. Most people think he's safely in the middle. Literally a rookie was always going to be out next aside from those that refused to see what was happening

Yeah most of us just want him out because he sucks

Usually I'm against locking the thread but I'm on board with it this time. The posts have been straight up dumb.

That and Kaycee's girlfriend. Weak AF.

agreed. a lot of you just talk to talk

I'm one of the over 30 club (I may even be the oldest here, so please be kind), AND I'm a CT fan dating back to his Real World debut...BUT...while I won't hate if he wins, I'm definitely rooting for a new outcome here: at this point I'm hoping for a Nelson/Amanda/Nany win OR a rookie duo coming out of nowhere and snagging the title.

I started with WoTW and liked CT. Seeing his first seasons i disliked him and after Diem i feelt so sorry for him . But as sad as it is she made him a better Man .

I love CT. He's competitive and wants to win. He's not afraid of going into eliminations and he's a good sport when he loses. He's not a cocky jerk who brags that he couple beat anyone (anymore). He's not putting on an act or out there trying to sell me a tshirt or toothbrush. I hope he survives these last few eliminations and gets a good partner and smokes those young bucks.

i think this thread should be locked until the next update ❤️

Nooooooo pls don't lock this thread where else can I watch grown men having HEATED debates about dumb shit...

I hope PR never comes back and just quitely retires. It's what you all deserve lol.

FYI, to you new comers. Never check this thread unless you see the locked spoiler thread has been updated. Doesn't matter if there is 5 posts or 500. Nothing new is reported unless the locked thread is updated or bumped.

And you're probably a part of the problem that user was referring to.

One thing about me is that I don't do that back and forth shit, so don't even make that assumption about me.

Why are we wasting breath on Devin? next topic 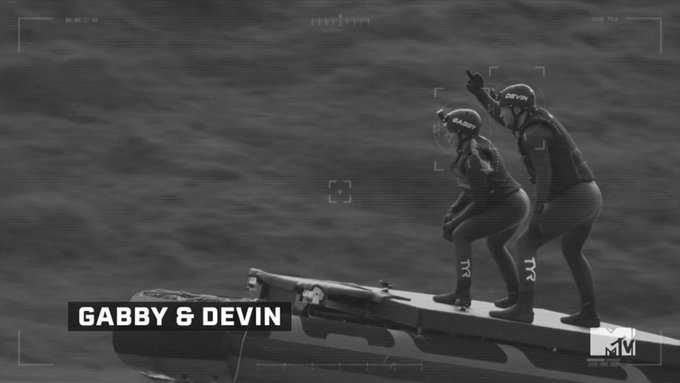