The Real Housewives of New Jersey

Jacqueline bringing up Teresa's criminal past and Melissa's plastic surgery like she's not guilty of both.

Love the New Jersey **** and that trailer is lit af and 3 minutes which we'll never get for The Challenge/RW.

Teresa and Melissa in US Weekly: 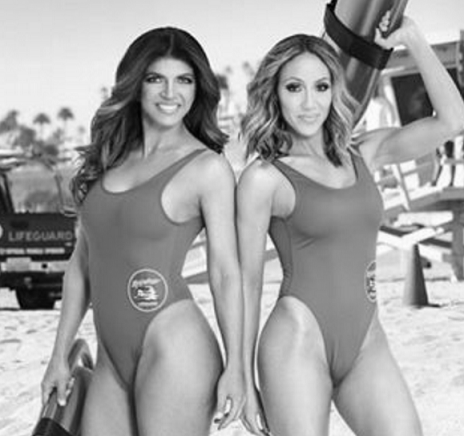 I think they are finally getting along for real this time. Last season you could tell it was for the cameras.

RHONJ finally has a updated intro!

Okay so I watched the premiere and I have to say it wasn't as great as it could be. I'm personally not a fan of housewives with smaller casts which is why I sometimes find myself hating New Jersey because I feel they should have 6-7 women on. The first episode revolved too much around Jacqueline who is financially struggling which I don't care to see. These shows are supposed to be about wealthy and glamorous women which she is neither of at the moment so they should have left her home. I like Siggy and Dolores but they had them on  like friends of the show when I would have preferred being introduced to their families and businesses. The only people who kind of held my attention was Teresa's family...Zzzzzz!

WHy aren't we discussing these*******? Personally so over Teresa - pia and MElissa too <-- what kind of people treat Rosie like shit?? Wrong, worng, wrong

Also LOVE Siggy & Delores... so much!! How phony is Teresa with her bs about how IF Joe cheated she would leave him... and they all smile and nod...yeah ok

Oh I have to disagree with you Semi. Rosie is at fault although I blame most of it on Kathy but they were basically willing to destroy their family for fame when they signed on to do the show which Teresa was against. Kathy along with Melissa then spent the next few seasons aligned with Caroline and Jacqueline as they tried to take Teresa down. When Teresa went to jail and the show was on hold until her release Melissa was smart enough to try to get back good in with Teresa while Kathy and Rosie were too little too late and now have no choice but to film with Jacqueline who's crazy as hell. I do agree with you though I love with Jacqueline goes crazy I just hate it caused Robyn to get axed from the show because she was supposed to be a housewife.

I actually hate that Jersey is one of the Housewives that normally has a smaller cast because their drama sometimes get too annoying and I think they would really benefit from a cast of seven women. 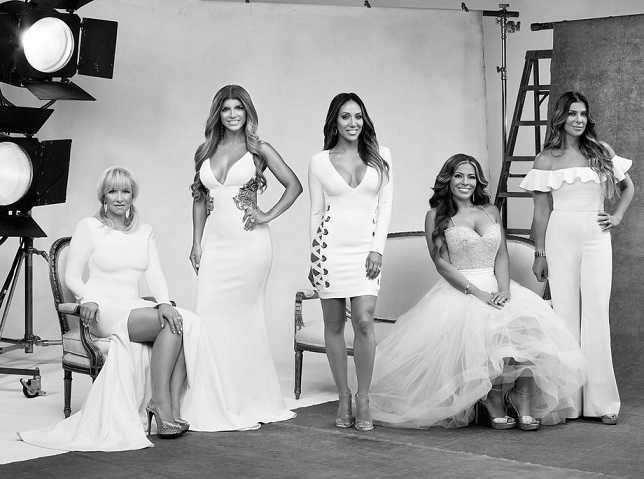 Wait..... is that Danielle lmaoooooo

Finally a good *** season of New Jersey is happening!!!

Looks like the rumors of Sammi sweetheart joining werent true.

This is my least favorite of all the housewives shows besides Potomac. I agree about big casts! The other shows work better... Atlanta, OC, and Beverly Hills are extremely successful

Wait..... is that Danielle lmaoooooo

I'm pissed they didn't make her a housewife. It's going to be like that season of RHOA when they took Porsha's peach but she had confessionals, went on the vacations, and was in pretty much every group cast scene.

Season 9 just started filming late last month and 2 new housewives have been added. They look kinda boring but we'll see. Danielle is also still a friend which I don't understand but okay.

To me NJ is sooooo boring now. They need to bring back some legends like the Manzo's and Kathy!

RHONJ will always be boring to me because everyone on the show finances are questionable compared to the other cities.

I gave up on last season it was sooo boring I caught up on the reunion and nothing that I liked happen.