The Challenge: War of The Worlds 2 (REUNION SPOILERS)

The Challenge: War of The Worlds 2 (REUNION SPOILERS) 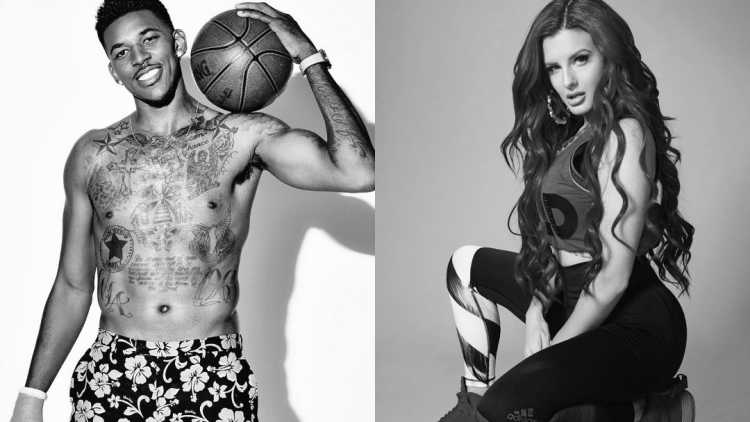 Sitting at the reunion:

- Rogan & Dee got into it because they played an unseen clip between Rogan/Paulie where Rogan admits he was only with her for numbers & he wants to fuck Nany.

- Paulie & Josh fought for the majority of the beginning, Cara inserted herself.

- Nany was close to swinging at Cara. It was so bad that Laurel had to come and hold Nany down.

- Nany says that Cara goes personal when she attacks her. Cara said that Nany forgives everyone else but doesnt forgives her because she doesn't have a dick. Insinuating that Nany is a hoe.

- Wes did a web chat and him & Bananas argued a bit back n forth.

- Turbo sent in a video that was hilarious.

- Cara kept commenting about the Dee/Rogan/Nany situation by saying to Dee “oh girl you won” and being snarky.

- The cast was annoyed because Dee was genuinely upset & Cara was making it about the game.

- The hosts were terrible, “wack as fuck”.

- Josh said that the Cara Cult manipulated him (Turbo) and that’s the reason why he is banned from the reunion and the show.

- The night Turbo got DQ’d Turbo threatened Jordan’s life and his family’s life.

- Jordan was unbothered the entire time, but Tori was begging Jordan to get him kicked off the show.

- Also the rumor about Jenny & Bananas hooking up turned out to not be true.

- Georgia didn’t speak much, she was mainly upset at Cara/Paulie and that was it.

- Nicole only spoke about her 50 second answer on the trivia challenge & if she thought Josh or Bear was best for Georgia. (Why did she even go?)

- There was nothing mentioned about Georgia’s “blackface” scandal. The host & no castmember brought it up.

- Cara and Laurel went at it for a bit. Laurel said that Cara had changed, Cara said that Laurel treated her like shit, no new arguments here. Laurel squashed rumours that she fancied Cara and said she wasn't her type. They both agreed they have mutual respect for each other and mighttt be open to speaking in the future.

- Paulie and Josh went into it for at least an hour. There was a lot of standing up and pretending they were going to fight each other. Josh argued he felt betrayed by a friend and that he'd never do that to him, Paulie argued he'd already started working with other people and that he was way too emotional. Laurel piped up to say, "what's wrong with being an emotional guy!?"

- They got into Turbo being eliminated for fighting. Jordan argued that he hadn't gone to production about it. Then he clarified to say Tori had made him do it (because Tori was shouting to say it was her fault). A lot of people like Nany and Josh argued that it all started because people like Ashley were taking advantage of his language barrier to sell him lies. Ashley actually ran to turbos room to tell him that Jordan was saying turbo was not as strong a competitor this season and that's what started the big fight. The small fight happened during a challenge when they were voting for who should be speaker and turbo was no where to be seen because he was trying to do these fancy kicks with some relics to get a good shot of it for the show. Jordan asked him to stop and come over (in ruder terms) and Turbo got upset. They supposedly squashed this but it got reignited because Ashley claims she was bored and wanted drama and that she needed turbo on her side for numbers.

- Tori and Jordan moved over because they voted Tori in for elimination and she was surprised that they would do that and they found themselves with no allies. Jordan then did the same. They thought UK team would welcome them with open arms but then they said they would throw them in every time. I think they just survived their eliminations more than once.

- In the final, both Paulie and Zach gassed out. There was a lot of making fun of Paulie for being all talk. Cara ofc defended him and said that he'd continued even when he was gassed out and that Zach apparently had 7% liver function by the end.

-The final involved carrying some sort of structure which was very heavy, swimming, lots of running, some sort of gross food eating. They all said it was extremely challenging. Think it lasted for more than a day.

- Bear got into being a womaniser. He ofc argued he's allowed to just have fun and hook up with everything. They got into the whole Georgia being left outside during a trip when she got bit by a monkey and him locking her outside, not allowing her to get her medication for the monkey bite when he got with another girl.

-They spoke about Georgia and Josh hooking up previous night to reunion. Josh said they'd never be anything until she was fully over Bear. Josh apparently tried it on with Kayleigh quite a few times.

-The proposal happened during an elimination with Jordan and Theo after Jordan had won. Ring was Tori's mum's and dad's and so they made some fun about him being a cheapskate for getting ring gifted and also getting camera crews for free for doing it on the challenge. Tori said there are no wedding plans yet.

-Ninja and Jordan argued for a while about Jordan demeaning women. People argued that is his way of motivating and that he never demeaned him, he just asked questions like when are you going to work out because it related to his success in the game.

-Paulie and bananas got into it (shock, surprise).. Paulie bringing up assault charges against bananas, bananas bringing up his cheating history etc.

- Thee majority of the crowd were paid and had no idea what the the challenge and challengers were. Many saying it was worst day of their life and that they didn't understand who would watch this show.

- Host Nick Young cannot enunciate at all and most of his footage might not be used. Challengers kept asking him to repeat his questions.

- Cara and Paulie looked to be in a fight by their body language for the first half.

- Kam and Leroy reignited things on this season because kayleigh kept working as matchmaker. They seem on good terms and she said he was like a "best friend" now.

- Jordan claimed two teams on final were very far off (two hours) and that Cara saying it was 2mins was BS and that production will make it look that way. Cara claimed she lost it for her team for not getting a puzzle right and getting penalty, but apparently both teams got the same penalty.

- Nany organised an engagement party for tori and Jordan. Cara was only one who didn't go. Stayed in room reading magazines and with a face mask and hair dye. People argued it was rude to at least not say congrats. Showed faces of cara when engagement happened and then segment where she said she thought they were actors and it was all for show. Cara argued it was a gift to not go to engagement and be fake.

Note:  I will be updating this as more info becomes available.

Dee looked like a fool she should've listened to Georgia

aw i feel so bad for dee ): georgia was right after all

it was obvious from the jump though how he only used people for numbers.

i'm neutral on cara but during these reunions she kinda just sits there and lets people come for her, and when she actually does clap back her comebacks aren't that great. probably will be the same this time around.

turbo should have been invited to drag tf out of jordan

im so over Cara at reunions its so tiring honestly

No Bananas either i dont believe it

The reason the whole Nany vs Cara argument does nothing for me is because we know next season Nany isnt going to do anything, she will be too scared to target Cara, and even if she does she doesn't have many allience members to take her out. Cara and Paulie on he other hand can easyily target  Nany and since she doesn't have a great elimination record she will be gone the moment she is targeted.

Nany needs to stay at the spa. Cara is your only chance at getting SCREENTIME. We are bored.

Nany needs to stay at the spa. Cara is your only chance at getting SCREENTIME. We are bored.

Can someone just swing already, we waiting.

So Victoria was pushing to get Turbo banned?

all victoria needs to do is make some unfunny jokes, sit there, and eat her food. nothing more

Tori is a terrible person.

Dee looked like a fool she should've listened to Georgia

I can understand not believing Georgia. I mean, I don't know how anyone could take Georgia seriously about guys using because that's all she's let Bear do. Like she was so desperate to seem unbothered she kissed Josh. Dee a fool, but Georgia a bigger one lbr.

Let's not pretend Nany or Laurel are even slightly in the same class as Day and Amanda. One is just starts talking faster/louder when she's arguing, so frantic, and the other only steps to with certain weaker girls. Cara needs to be dragged, but that comparison is an insult to Day and Amanda if I ever read one.

This fandom baffles me, people are mad at Tori for being concerned for her boyfriends safety when someone who clearly had major anger issues is threatening him and is family. Let’s use some common sense please.

People should have known the Bananas and Jenny thing wasn't true the moment Idris chimed in. I wish those challenge tea instagrams didnt report on that like it was fact.

I wonder if that whole thing will even make the final edit.

The fact that they all sat on that stage and didn't address anything Georgia said/did lets me know all i need to know about these people. I don't want to see another tweet about since no one wanted to speak up

So Paulie made up the Bananas and Jenn rumor and had Idris backing him and it was a lie smh.....but I'm not surprised on the Paulie lying part

Who actually said the hook up didn't happen? It was always suspect because Jenny doesn't seem like the type to get with Bananas, but there are only certain cast members I would trust to tell the truth.

I think the real question is why lie?

women feels scared being around a man who’s threatening to kill her boyfriend and is family, what a horrible person

i can't remember if  jenny ever denied it on social media? i mean i'm all here for paulie continuing to look stupid but i never seen her speak on it so i'm confused..

Jenny leaving her man for Bananas was never something i ever saw. Only Morgan would be dumb enough to do that