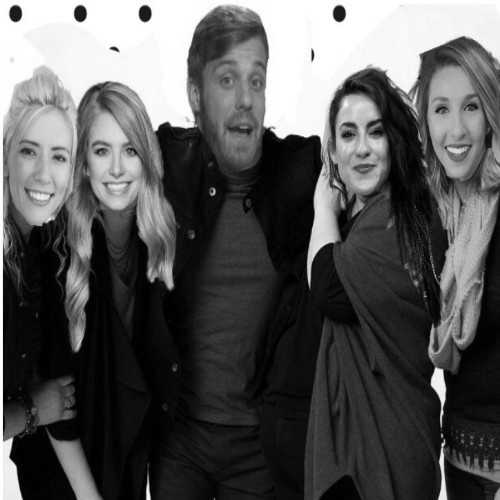 Making a thread for this since people were complaining about seeing this on every other threads.

I wonder how their therapy went today

lexie is fire. if u reading this lexie hmu.

as for the whole cara/paulie saga, its fake news. its garbage. anyone and everyone that reads it daily, talks about it daily, breathes it daily ought to get their priorities in check

lol pink is a legend

Please get these two annoying stupid bitches off my tv. They’re literally SO annoying.

I’m so glad how more and more people are becoming woke like Amanda and I have been for years.

Polygamy is Paulie’s only path in life at this point.

I still can't get over Cara getting ****** in Danielle's lingerie tbh

How old is Paulie coz that Demi is 23, looking and acting 16. That’s gross af

Even if there's something going on w/ Paulie and Demi, they won't be able to say anything until she's eliminated from the show. She's still under an NDA. That being said, I do kind of believe him when he says there's nothing romantic going on with them.

Ummm....Paulie was crying last week that this should be handled privately and now he recorded Reality Steve’s podcast that will released today. RS included this in his blog post yesterday.  http://realitysteve.com/2019/01/09/the-bachelor-colton-spoilers-reader-emails/

As I mentioned yesterday, tomorrow’s podcast guest is Paulie Calafiore from the Challenge. We recorded for 2 hours yesterday. I don’t edit my interviews so you will hear every second of it. Going in Paulie knew I wasn’t a fan of his and I was going to call him out on stuff I disagreed with, which was a lot. And I did. And there were times were I’m almost exasperated listening to his stories. I think this is a much different Paulie than you heard on the US Weekly podcast where he cried for 25 minutes. There was no crying in this one. I made him face the fire on decisions he made, how he treated Danielle and Cara, the Demi stuff, etc. At times he’s apologetic, but then would follow it up with a “But…”. I let him say what he needed to say and called him out when he needed to be. It certainly is gonna be an interesting listen. Regardless of anything you hear in the two hours tomorrow, and I told him this myself, none of it matters if he just goes back to his f***boy ways. None of it. It’s just words. Kinda like a previous guest did and you all know who I’m talking about. Rhymes with Lames Jailor. So some of you will still hate him after you listen, some might hear some good in it, some might love him after the fact. But I wanted to give him a chance to speak on what happened in the past, what’s happening now, and what he wants to happen moving forward. His tune hasn’t changed. He’s doing everything he can to win Cara Maria back. Will she take him? I mean, she’s certainly not cutting him off like Danielle has, that’s for sure. You’ll hear all of that tomorrow. I haven’t gone back and listened to any of it yet, but I will tonight to do the time stamps. But I left the podcast feeling we could’ve done another 2 hours together and probably STILL disagreed on a lot. I just couldn’t get to everything. But we covered a lot. Can’t wait for you to hear it tomorrow.

Reality steve is the goat!!

I'm at a loss....who is he referencing with the Lames Jailor. I am getting James but nothing last name wise is ringing a bell.

Cara is screaming for us to shut up twitter. Basically to mind our business.

Cara and Paulie are milking this attention and loving every second of it. Cara is nothing but a fraud.

She needs to retire.

She needs to retire.

IF has seen the light.

She said she would retire once the fans no longer wanted to see her. The fans have spoken.

Growth. I’m here for it.

She said she would retire once the fans no longer wanted to see her. The fans have spoken.