this show is ******* incredible. that twist in episode 7. the multuple interweaving storylines... last sunday's ending!!!! We finally know who Arnold is :O it's just so smart and absolutely insane!!!! I really hope the finale this sunday delivers

Ok I like it but don't you ever say it's better than GOT again.

it's better than GOT. #sorrynotsorry

I wish I hadn't read the theories a few weeks ago, because the one people were most talking about turned out to be very much true (that there are multiple timelines and william=mib). Even still, that was a great finale!!! Maeve... oh wonderful maeve... I was so sad that her storyline turned out to be just that: a storyline someone has been writing for her this whole time. To realize you still are being controlled after all she has done.... I do hope she reached consciousness when she decided to get off the train before it left because i think her narrative said something about her taking the train out of Westworld. So that could be interesting. Also they definitely hinted at multiple worlds (the samurai guys? the fact that Felix wrote: Park 1, Zone #, Section # ... makes me think they have another park in the works).

The highlight of the episode was definitely Ford and Dolores' stories finally converging in the big arc. Dolores finally reaching the middle of the maze... finally understanding her place in the world, all because Ford wanted to continue what Arnold had already begun. He was finishing Arnold's work this entire time, and he had to make the ultimate sacrifice at the end for Dolores to reach full consciousness. Now things will get interesting... especially with the army of hosts Ford released upon the guests. Man seeing William/MIB get shot at the end... the pure delight in his face when he realized the bullet actually pierced him and hurt hahaha hilarious.

Now that the hosts are beginning to turn, Season 2 looks like its gonna be a bloodbath. It almost feels like this whole season was a prequel to the main events. It wasn't perfect in itself... I found myself bored a lot of the times with having to watch character loops over and over again, but the theories and concepts that worked, were amazing!! Maeve's storyline was a fun little action-packed side thing.... and William/MIB's story was kinda just meh in the end. Didn't care for either his past or present storyline. And I felt the reveal was ********* too... like they almost made it too obvious in the last episode and the whole first half hour of the finale. But Ford, Bernard, and Dolores had great arcs imo!!

Can't wait to see what they do with Season 2!!! I hope we get to see the possible other parks that are in the works.... that would be really cool! But in the meantime, the Westworld Robot Rebellion is upon us.

WHen you find out what the maze truly is

That's truly all I have to say. It was amazing.

Still the best show on television.

Maeve is the hero of my Westworld viewing experience.

The season tease? Absolutely incredible. I CANNOT wait to see Shogunworld and the details of Williams newfound quest for The Door.

I just want to see the other parks. Soooo baaaad.

Maeve is the most interesting part of this show. Then Bernard.

Still the best show on television.

I've only seen the first two episodes but the first one was amazing. The second one not so much tbh but I'm still hyped for what's to come!

And when the **** are they showing us Shogunworld ugh

And when the **** are they showing us Shogunworld ugh

the first 10 minutes of episode 3..... INCREDIBLE. this is how i wanted the season to start. such a refreshing change and exciting twist.

I don’t know what I loved more, the opener or the closing scene? ❤️

I don’t know what I loved more, the opener or the closing scene? ❤️ 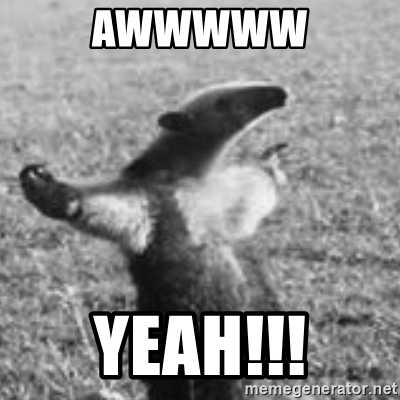 Twitter: I'm cool with all the rape and murder, but colonial India is off limits!

Twitter: I'm cool with all the rape and murder, but colonial India is off limits!

I finally watched the last episode and WHEW, best episode so far this season. Colonial India seems like such an odd choice for a park? But I actually enjoyed the little we saw of Raj World. The only parks revealed on the Delos website so far are Westworld and Shogunworld, so I don't think they'll explore it any further, at least not this season.

I was so ready for ****** Dolores but tbh now I'm just kinda bored of that storyline. Maeva can get all the screentime she wants tho, and Charlotte >>>>

I saw an article about how The Raj is meant to be more about the beauty and sightseeing (though the thrills are still there, just deeper in the park). And colonial India? ******* gorgeous and elegant. I think it was a perfect choice, and highly unexpected.

If people are going to berate the production crew for their choice, they need to also point out that Shogun World is set in feudal Japan and that Westworld is lacking color. Don't pick and choose what to be offended over...

I hope there’s an Egypt themed park. And Jonah Nolan hinted at a fantasy-inspired world.